Three Cardinal Sins when Hiring for a New Role

For Part 2, we’re going to dive into some of the elements that can help ensure excellence in Candidate Experience (CanDex), starting with the creation of the actual requirement (or vacancy) itself.

The concept of a Job Analysis should be fairly familiar to anyone who’s ever tried to fill a position. If not, it’s the process of understanding what you need the new hire to do before you fill the vacancy.

As straightforward as it sounds, there are some simple mistakes that can have huge bearings on Candidate Experience and a corresponding impact on the organisation’s overall Talent Magnetism.

Here are three Golden Rules of Job Analysis that will help you avoid the Cardinal Sins of poor CanDex.

Well, here’s a scenario. This occurs in every type of role, all over the world, every week.

A person decides to apply for a new job. They study the job description, reward information and company background. An amount of research time has been spent already, even more if they are required to update or tailor their CV (or complete an application form process) to apply. Time passes, and they’re told that they’ve been selected for interview. Research and preparation restart and continue until interview day arrives.

On interview day, they do their best, providing great responses to the questions asked and ask their own questions about the role. Feedback follows rapidly, they’ve done well, and are invited to attend a more in-depth 2nd interview with presentation required.

More research, more late nights, more stress, more emotional investment – and another half day required off work. More travel arrangements, more hassle. They do well again, and head home safe in the knowledge that, all things considered, they are in with a very strong chance of a job offer.

“Hi, you did really, really well and we really liked you, but the shape of the role has changed and now we think we need someone with a bit more X….”

Sound familiar? Ever had this experience yourself? Know someone that it has happened to?

Not only will that person probably never apply for a role at that company again, but you can be assured that they’ll tell everyone they know about their Candidate Experience. Think of the impact that individual story can have on a brand’s Talent Magnetism.

If the anecdote applies to your organization, ask yourself, “do we sometimes struggle to attract the very best quality of candidate?”

The answer may well be that word of previous recruitment campaigns has spread throughout the top tier of potential talent, so only second or below tier candidates will consider undergoing a selection process with you. 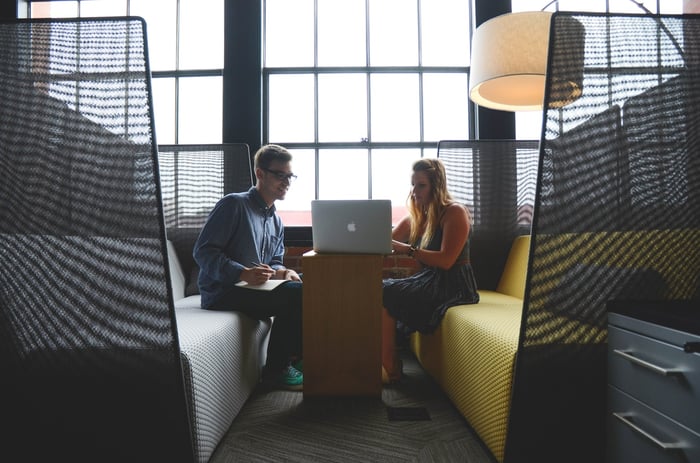 In candidate driven markets, this kind of lack of consideration to the experience that candidates are having when engaging with your brand can be seriously detrimental.

Moving goalposts during a selection process is a sure-fire sign of an unthorough or non-existent Job Analysis. It’s usually an example of when multiple stakeholders with conflicting priorities haven’t reached agreement but have raced to fill the role without considering the consequences. Then, when crunch time comes and it’s time to make an offer, the answer has to be “no”, because the person isn’t right for the (now thoroughly discussed) position. Who suffers in this scenario? Candidates immediately, the brand’s Talent Magnetism afterwards.

Which brings us to our second Golden Rule of Job Analysis:

To conduct a thorough (and accurate) Job Analysis, every stakeholder involved in the role should be in the room adding their contribution and the focus should always be on what skills an individual would need to have to carry out the function at this point in time.

Sally joined the company 12 years ago as a junior. She’s been promoted 3 times since. In her time with the company, she has accrued not only a huge amount of experience in the core skills of her role, but also in additional or complimentary areas of the business through osmosis and interaction. Sally leaves and the company start a Job Analysis process to find a replacement for her. They list all the things that Sally knows and does (Job Description) and what a candidate would need to look like to carry out Sally’s role (Person Specification).

This produces a long, detailed list of requirements in terms of experience, knowledge, skills and abilities. They take this long list, add a company description to the top of the page, and start advertising the position on job boards and social media channels.

Applications arrive, and interviews are scheduled. Candidate after candidate is met and all are rejected for being “just not quite right” and the company hold their collective breath, cross their fingers and hope that if they just keep meeting candidates, they’ll surely find someone who is just like Sally. Every one of those candidates is sent away disappointed, wondering why they were invited to interview if they obviously weren’t right for the role. 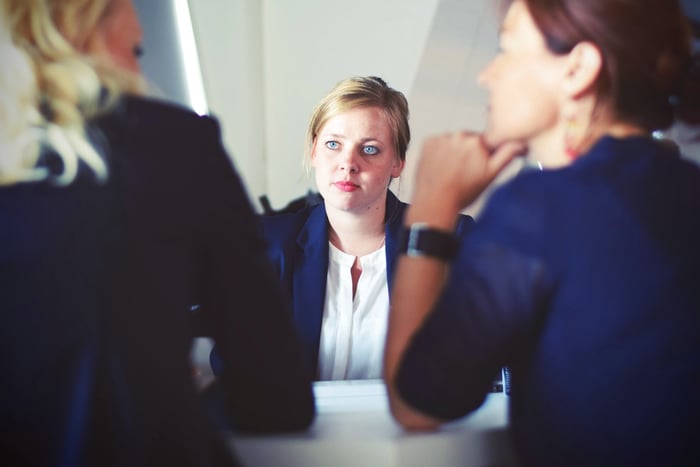 The problem here is that replacing “what Sally knows and does” is next to impossible as she is uniquely experienced. The list of tasks (the Job Description) needs to focus on the absolutely mandatory needs of the role and what minimum criteria is required in order to be considered suitable for the position. No-one can replace Sally but Sally, so the company shouldn’t ever try to.

Conflating the needs and wants of the role into a single list is a recipe for disaster but happens all the time. What makes sense is for the company to hire someone who has the minimal needs of the role that Sally carries out currently and who can be molded, shaped, nurtured and progressed into gaining as many of the “wants” as possible. That’s what training and development is for, and that is a hugely important and appealing factor to many people when they’re interviewing for a new position. It’s captured in the “what scope for individual learning and development and personal growth is there in the role?” question that candidates should be asking at interview.

Too often, roles are taken to market that are an impossible to fill wish-list of confused wants and needs and it’s obvious the company is trying to replace the irreplaceable.

If you focus on hiring for the needs of your roles and build the wants into a structured learning and development plan for any successful interviewee, you’ll find selection interviewing a far more simple and productive experience. Your candidates will certainly appreciate your clarity and focus.

Here’s another all-too-familiar scenario, played out every day, across all sectors.

A company is trying to fill a role and is down to its final three candidates. It has a front-runner and two strong back-ups interested in the position.

Unfortunately, the company hasn’t undertaken a proper reward benchmarking process that utilises multiple external sources of data. Instead, they’ve decided that the maximum package they can offer can’t be any higher than their current highest paid employee in this role. What they don’t realise is that, due to this individual not having been given a pay rise in a number of years, their package is nowhere near enough to compete with other organisations who are currently looking to fill the same type of role. All of their final three candidates are at similarly advanced stages elsewhere.

They offer their preferred candidate a figure almost identical to their current package, and considerably lower than is on offer elsewhere. This offer is declined, and the preferred candidate accepts a role elsewhere with a far larger reward package. The preferred candidate also feels considerably aggrieved due to the time wasting involved in the process – feeling that if the company were ever serious about offering them the role, a reward package commensurate with what could be earned elsewhere would have been presented. Accordingly, they write the company off as somewhere never to be considered again as an “employer of choice”.

The company ask the preferred candidate why the offer was rejected and realise that they are way off the mark in terms of their reward offering. Unfortunately, as any increase to package has to be agreed by Operations, the CFO’s office and the HR team, they are unable to move quickly enough to secure any of their two second choice candidates, who both accept larger packages on offer elsewhere whilst also decrying the company as time wasters. 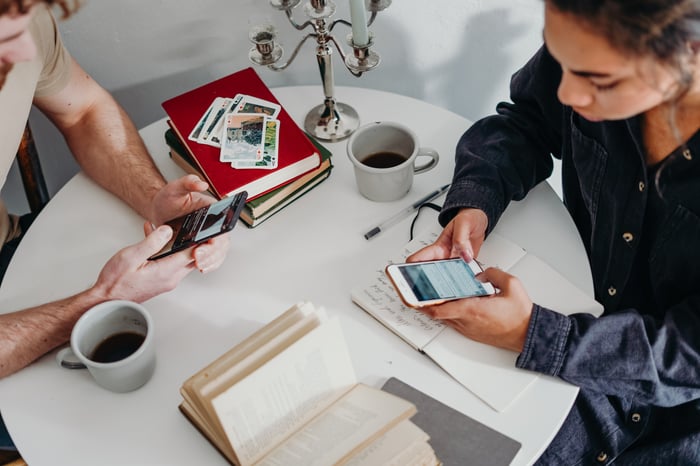 Balancing up the needs of the role with the rewards on offer is an essential part of any Job Analysis exercise. As soon as a firm idea of the needs in the role has been agreed, and all stakeholders have consented, the next thing that should happen is a comprehensive reward benchmarking. External validation is required and there are a variety of available resources online that can assist with this exercise but keep one thing in mind:

External salary benchmarking tools usually scrape their data from advertised salary information. It is very common for agreed salaries to be slightly higher than what has been advertised.

For external candidates interacting with your brand, their experience in your selection process is their only measurement of what you would be like as an employer. Whether they are successful or otherwise, you always want them to have a positive experience. Conducting a professional Job Analysis before engaging with any applicants gives you the best possible chance of this happening. Don’t rush to market too quickly. Take the time to ensure that the three steps outlined in this article are carried out and you’ll be off to the best possible start for both your Candidate Experience and Talent Magnetism.

Rob’s our Client Services Director. It’s been almost 15 years and he’s still the smiling face that our clients know and love. Whether it’s ensuring excellence in our engagement model or presenting at one of our events, Rob is often the first MBN face that people see. He’s pretty good, too. So good that he’s been recognised as one of the hundred most influential people in the UK Data Industry...twice.